This section on The Long Walk Home is used with permission of Intercultural Press, Yarmouth, ME, and adapted from Seeing the Big Picture: Exploring American Cultures on Film, by Ellen Summerfield and Sandra Lee, 2001.

The 1955-56 Montgomery, Alabama, bus boycott, which is the subject of The Long Walk Home, was described by Dr. Martin Luther King, Jr. as “one of the greatest [movements] in the history of the nation.” This boycott can be seen as both a beginning and an end. What was coming to an end was almost a century of struggle by African Americans to overthrow rigid legal and extralegal segregation. In a country founded on the principles of democracy and equality, this segregation kept blacks apart and subjugated, denied them the basic opportunities of American society, and persecuted them in the most violent ways.

Treat others as you think they would like to be treated.

When the South lost the Civil War (1861-65) and two centuries of slavery came to an end, an estimated four million blacks dared to believe that a new life was possible for them. Indeed, the situation for African Americans quickly began to improve, and impressive initial strides were made. But the progress during the so-called Reconstruction period was brief. A backlash of momentous proportions on the part of primarily Southern whites, accompanied by massacres, lynchings, mutilations, rapes, and whippings, acted to replace slavery not with long-awaited equality and freedom, but with a new form of oppression—“Jim Crow” segregation.

Who was Jim Crow? Some believe he was a slave, or a soldier, and others say the label came from the saying “black as a crow.” Whatever the case, the name was first heard by the public in 1832 when a white performer danced on the stage in a comic imitation of blacks to a tune about “Jim Crow.” Soon a common character in minstrel shows, Jim Crow evolved into a synonym for the Negro, and his “comic” way of life, and by the turn of the century into a term referring to the near total separation of blacks and whites in the country.

While this system of apartheid was more open and virulent in the South, border and northern states also participated to varying degrees. Hundreds of laws, decrees, and customs kept the races apart by requiring separate restrooms, restaurants, hotels, parks, theaters, drinking fountains, railroad cars, and schools. Blacks were to be born in Negro hospitals and buried in Negro cemeteries. In South Carolina, black and white cotton-mill workers were not allowed to look out the same window; in Oklahoma there were separate telephone booths; and in Birmingham, Alabama, blacks and whites were forbidden to play chess together. In 1896, the Jim Crow doctrine was given the blessing of the Supreme Court in the infamous case of Plessy v. Ferguson. The Court decided that the states’ “separate but equal” laws did not violate the Fourteenth Amendment, despite the wording of this amendment that

No State shall make or enforce any law which shall abridge the privileges or immunities of citizens of the United States, nor shall any State deprive any person of life, liberty or property without due process of law, nor deny to any person within its jurisdiction the equal protection of the laws.

Throughout the years of Jim Crow, opposition was ongoing, strong, and creative. Distinguished black leaders—W. E. B. DuBois, Ida B. Wells, William Monroe Trotter, Mary McLeod Bethune, Marcus Moziah Garvey, Asa Philip Randolph, Adam Clayton Powell, Jr., Ralph J. Bunche, Reverend Ralph D. Abernathy, Charles H. Houston, Thurgood Marshall, and numerous others—devised strategies to keep the dream of equality alive against fierce opposition and the constant threat of violence by members of the Ku Klux Klan and other white militants. Moreover, countless unknown individuals stood up for their rights and worked for the cause, knowingly risking, and often sacrificing, their lives. Blacks worked through the courts, through the media, through labor unions, through national organizations, and in the military to gain a proper place in American life.

By the time of the boycott in Montgomery, a tradition of protest was well-established in black America. Inspired by Mahatma Gandhi’s philosophy of nonviolent resistance, Reverend Martin Luther King, Jr., a little-known twenty-six-year-old pastor at the Dexter Avenue Baptist Church in Montgomery, led workers, common people, professionals, students, and children in a masterfully orchestrated plan of great daring that inspired a national movement for civil rights.

It began when Rosa Parks, a 42 year-old seamstress and National Association for the Advancement of Colored People (NAACP) member, was arrested for refusing to yield her seat on a bus to a white man. At that time, although black patrons accounted for more than three-fourths of all riders in Montgomery, black riders were forced to sit in the back of the buses—the front rows were reserved for whites—and to give up a seat to any white person who would otherwise have to stand. What was first planned as a one-day boycott of the buses in Montgomery in protest of Rosa Parks’ arrest became a massive action that lasted over a year, from December 5, 1955, to December 20, 1956. As seen in The Long Walk Home, organized carpools were critical to the success of the boycott; the sponsors of the boycott provided up to twenty thousand rides daily. The Long Walk Home focuses primarily on the first stage of the boycott.

widely accepted term that places emphasis on the origins of most American blacks; replaces the outdated term Afro American.

term originating with the Spanish and Portuguese colonists, from the word negro, meaning “black”; widely used in the period between the two world wars; replaced the outdated term colored, but is now outdated itself.

term dating from the earliest days of slavery; unacceptable today except in certain historical contexts and titles (National Association for the Advancement of Colored People).

term that gained popularity in the 1980s to refer to nonwhites, especially African, Native, Hispanic, and Asian Americans, and emphasize their solidarity.

enslaved persons, preferred by some African Americans to “slaves”, which does not convey the reality of oppression but rather suggests a permanent status or condition.

highly derogatory term when used by nonblacks; sometimes used by blacks to refer to themselves; sometimes called the “N-word.”

ideology that places greater emphasis on the role of African cultures as they have affected American and world history than does the prevalent “Eurocentric” approach.

Before the Mayflower: A History of Black America

Stride Toward Freedom: The Montgomery Story

The Montgomery Bus Boycott and the Women Who Started It

The story of the civil rights struggle between 1954 and 1965 comes alive through news footage, photographs, and personal recollections. Winner of dozens of national awards. Six-part series (PBS Video).

Thirty years after the murder of civil rights leader Medgar Evers, his case is reopened in a search for justice.

The FBI investigates the disappearance of three white civil rights workers in Mississippi during the summer of 1964.

Traces events leading to landmark Supreme Court victory in the Brown v. Board of Education case. The hero, Thurgood Marshall, is played by Sidney Poitier.

Classic film about a lawyer in a small southern town who defends a black man accused of raping a white woman. Based on a novel by Harper Lee.

Find Examples of Empathy in the Movie — Think About… 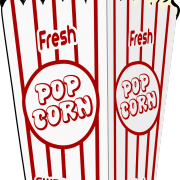 As you view or reflect on The Long Walk Home, think of a scene in which a character demonstrates empathy.

Manage Cookie Consent
To provide the best experiences, we use technologies like cookies to store and/or access device information. Consenting to these technologies will allow us to process data such as browsing behavior or unique IDs on this site. Not consenting or withdrawing consent, may adversely affect certain features and functions.
Manage options Manage services Manage vendors Read more about these purposes
View preferences
{title} {title} {title}